this is a sorta placeholder and request-for-comment on the subject of transaction privacy triggered by some comments on Twitter by @RagnarLif . The questions it triggered for me we could discuss:

This page I found useful for understanding at least the basics of how stealth addresses can work, particularly the images showing how the addresses/keys are used and combined.

cc: @jude is this even possible to implement on Stacks say with a Clarity contract?

This is very interesting and I agree with it in principle.

I think a Monero bridge feels like low hanging fruit.

I wonder what the legal implications are having something like this at the application layer vs the blockchain level.

I agree that doing it on Stacks L1 could increase the risk of unwanted legal and gov actions.
My first thought was ideally, if possible, to implement this in a Clarity contract and/or a Subnet that app devs can use or not.

Is this feature and the possible use-cases it could bring worth the risks and effort at this point in time?

What problems do blockchains try to solve?

Probably coinjoins are possible as well on stacks.

I’m not technical, so my contributions to the effort will be minimal. However, in September, I submitted a Foundation wishlist grant for privacy on Stacks: 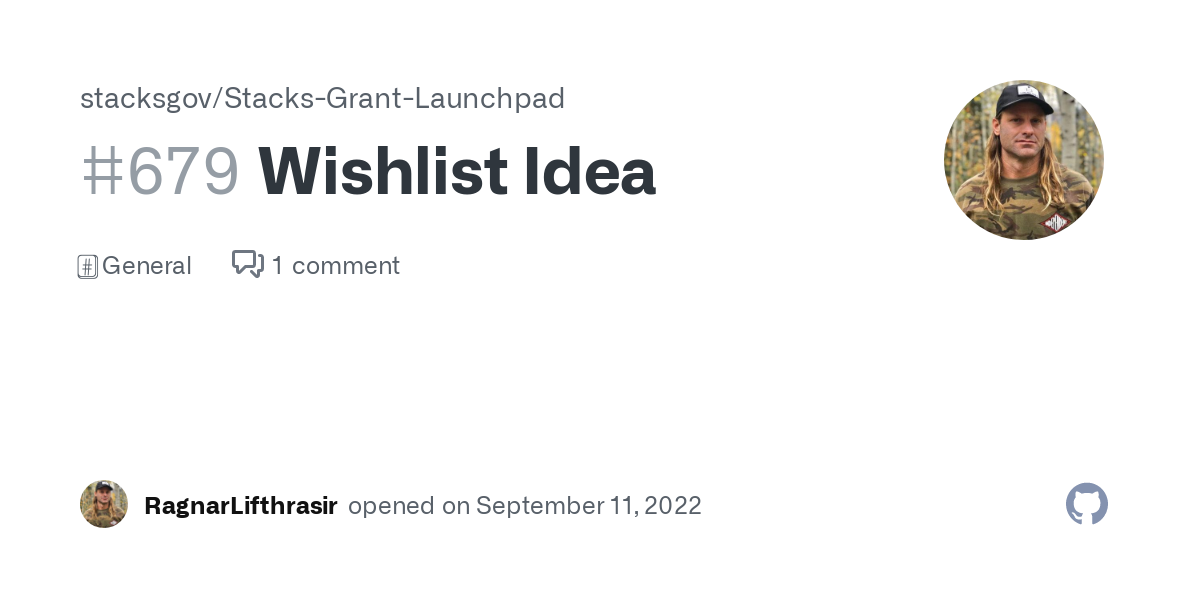 This could be a data point or avenue for development?

In the above doc describing how stealth-addresses work there is mention of an “address scanner”, a kind of third pary sitting between tx sender and receiver, that’s needed to implement it. Given my crude understanding of how it works it looks like perhaps a Clarity contract could perform the Scanner role/functions. A core blockchain+Clarity guru would have to chime in here.

I could see why in some cases you’d want to be able to see what’s going on at the base-chain layer so you know the token, esp Bitcoin, is not being inflated/corrupted. At the same time, this transparency is NOT good for individuals. So is this an argument for not having it on L1 while it’d be nice to have on L2 or just at the smart-contract or app layer where it can be optionally used by devs and users.

Coinjoins work OK, arguably, for some users but are there any with good API so devs can easily build it into their apps? A standardized way of doing this via contract calls and defined stealth-address format, functioning, would be helpful I think.

At a minimum, wallets should automatically generate a new address every time the user clicks “receive.” See the 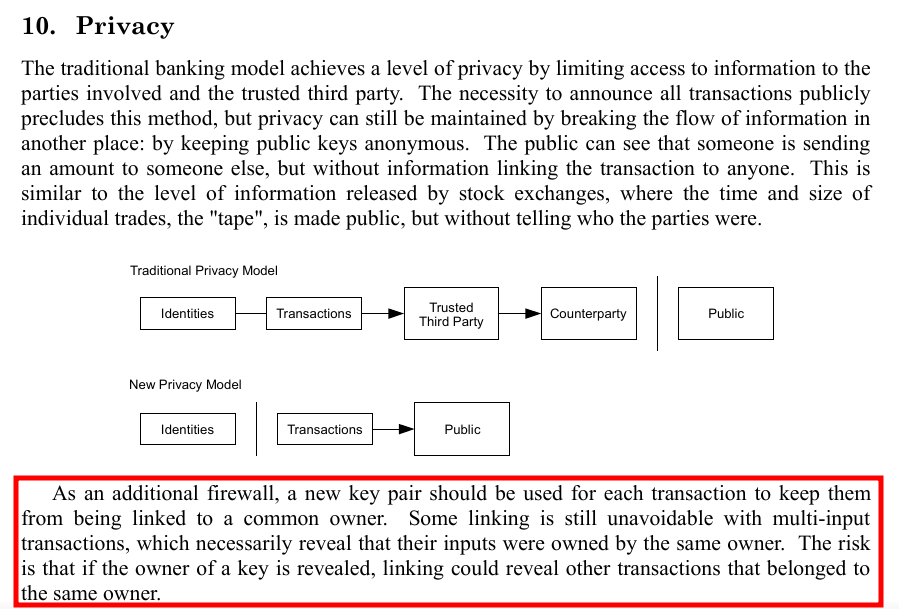 screenshot of the Bitcoin white paper:

sounds like a reasonable feature to open bug or enhancement issues on the Hiro web and desktop wallets on Github.